The Board of Directors of Coface which met today under the chairmanship of Laurent Mignon has decided to appoint Xavier Durand to the position of Chief Executive Officer. This appointment will become effective following the Board of Directors’ meeting to be held on 9 February to approve the accounts for fiscal year 2015. Jean-Marc Pillu will continue in his role as Chief Executive Officer of Coface until this date.

The Board thanks Jean-Marc Pillu for the action he has led over the last 5 years with great commitment and focus on results. In particular, since 2011 he has given Coface new impetus, with a development strategy recentred on its core credit insurance business. Thanks to the significant improvement in results generated as a consequence, he implemented the successful IPO of around 60% of the group’s capital, and negotiated the organisation of the transfer of the public guarantees activity to the French Public Investment Bank (Bpifrance).

Well-positioned by these successes and benefits gained during this transformation phase, Coface must now ensure its future development over the long-term.

In a context marked by the implementation of Solvency II, Xavier Durand will reinforce commercial activity, and propose and implement the necessary structural adaptations in order to continue to improve the group’s operational efficiency while preserving its risk profile in an uncertain global economic environment.

Laurent Mignon, Chairman of the Board of Coface, commented:

“I take this opportunity to thank Jean-Marc Pillu for his commitment and the work that he has led for the last 5 years to deeply transform Coface. Thanks to his action and engagement of its teams, Coface’s business has been rebalanced and a growth dynamic successfully established, thus strengthening the group’s future prospects and ability to meet its objectives.

The new phase which is now beginning will allow Coface, under the leadership of Xavier Durand, to continue to build, over time, one of the world’s leading credit-insurance companies.” 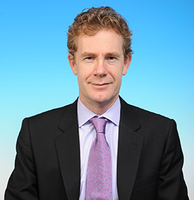 Xavier Durand started his career in 1987 in consultancy Xavier Durand a The Mac Group (Gemini Consulting) before joining the Sovac Real Estate Bank in 1994 as deputy CEO.

In 1996, Xavier Durand joined GE Capital, where he led an international career, first in Chicago as Director of Strategy and Growth of the finance division of the Global Auto business, then in France, first as CEO Sales & Development of GE Money Bank France, then CEO of France, and subsequently of GE Capital’s European banking activities. In 2011, he was named CEO of GE Capital Asia Pacific, based in Japan. He was appointed GE Capital’s Director of Strategy and Growth, based in London, at the end of 2013.

Xavier Durand, 52, is a graduate of the Ecole Polytechnique and the Ecole Nationale des Ponts et Chaussées.

Download this press release : The Board of Directors of Coface announces the appointment of Xavier D... (251.63 kB)