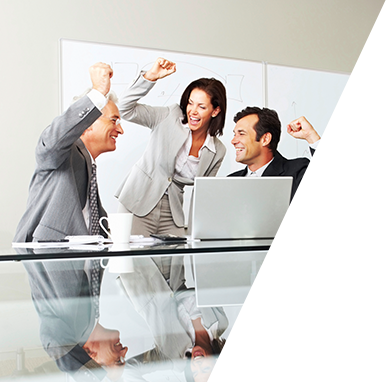 FULL-YEAR RESULTS 2017: COFACE DOUBLES NET INCOME TO €83.2M, AND ACTIVATES THE CAPITAL OPTIMISATION LEVER PROVIDED FOR IN ITS FIT TO WIN PLAN


-  Q4 2017 turnover rose 2.3% on a comparable basis[2]
- Annual growth of 2.8% in mature markets, trend unchanged in emerging markets
- Client retention rate up in an environment where prices are still under pressure
- Net loss ratio improved again to 41.8% in Q4-2017, thanks mainly to favourable loss trend in Asia and North America
- Mature markets: positive trend despite some substantial claims
- Net cost ratio stable at 35.2% (35.1% in 2016, at constant scope1)
- Cost savings achieved: €19.0M, ahead of plan.  €30M savings objective confirmed for 2018.
- Investments in growth, risk management and solvency, and Group transformation
- Proposed dividend: 0.34 € per share[4] (i.e. c.64% of earnings per share)
- Launching share buyback for a targeted total amount of €30m, which would bring payout ratio to c.100% of 2017 earnings
[1] Constant scope = excluding State Export Guarantees (€53.4m revenue and €(27.3)m expenses in FY-2016 ; €0.6m remainder revenue booked in FY-2017). Coface ceded this activity from 1st January 2017; figures impacted by this activity have been restated so as to be comparable.
[2] Comparable basis = constant scope and exchange rate
[3] This estimated solvency ratio constitutes a preliminary calculation made according to Coface’s interpretation of Solvency II regulations. The result of the definitive calculation may differ from the preliminary calculation. The estimated solvency ratio is not audited.
[4] The proposed distribution of €0.34 per share is subject to approval by the general shareholders meeting on 16 May 2018.

« Coface’s 2017 results show a strong improvement: in a favourable economic environment, actions undertaken in the framework ofFit to Winhave allowed us to reduce our loss ratio for five consecutive quarters. We end the year with net income that has doubled to €83.2m, and a strengthened solvency position. In line with our approach to capital management, this allows us to launch a share buyback operation targeting a total amount of €30m in addition to our proposed 0.34€ dividend per share.
In this context, Coface is well positioned to continue its transition towards a long-term value creation model, and is investing in the acceleration of its transformation with customer service quality as its top priority.»

Coface recorded consolidated turnover of €1 354.9m in 2017, an increase of 0.3% at constant exchange rates compared to 2016. These figures have been adjusted for the transfer of French State Export Guarantees Management, effective since the end of 2016.
The upswing in activity is particularly marked in Q4-2017: revenues at constant scope and exchange rates[1] rose by 2.3%, driven by growth in client turnover. The improved economic environment continues, however, to put pressure on price.
Turnover in other activities (factoring and services) increased by 2.4% in 2017 compared to 20166.
Premium volumes benefited from growth in client activity, up 4.9% in 2017 (0.6% in 2016), and our client retention rate reached 89.7% compared with 88.0% in 2016. Price evolution remains negative,
at -1.5%, though slightly more favourable than in previous years.
New business production stood at €129m, down €9m compared to 2016 as a result of tightened commercial underwriting in emerging markets and stable new production in mature markets.
In Western Europe, turnover grew by 2.3% at constant scope6 and by 3.6% at constant scope and exchange rates6, on the back of client activity and growing new business momentum in Single Risk and Bonds business lines.
In Northern Europe, turnover decreased by 1.1% compared with 2016 as a result of continued low levels of new business production.
In Central & Eastern Europe, turnover grew by 5.3%, and by 3.7% at constant exchange rates. All the countries of the region contributed to this performance, which was particularly strong in the fourth quarter.
In Mediterranean and Africa, driven by Italy and Spain, turnover grew by 4.9% and by 5.4% at constant exchange rates due to continued good commercial performance and dynamic client activity.
In North America, turnover was lower by 10.5%, and by 8.9% at constant exchange rates, as the signature of significant contracts in 2016 was not repeated this year. The Group also moved to terminate non-profitable contracts in Canada.
Emerging markets’ performance continued to be impacted by risk reduction plans; turnover in Latin America and Asia Pacific was down by 2.6% (-1.6% at constant exchange rates) and 11.7% (-10.0% at constant exchange rates) respectively.
[1] Comparable scope = excluding management of State Export Guarantees (€53.4m revenue in FY-2016 and €0.6m remainder revenue booked in FY-2017/Q4-2017). Coface ceded this activity as from January 1st, 2017. Figures impacted by this activity have been restated so as to be comparable.

The combined ratio net of reinsurance was 86.6% in 2017 (14 points lower than in 2016[1]) and 76.4% in Q4-2017.
(i)     Loss ratio
The gross loss ratio improved throughout 2017. In 4Q-2017, a small number of specific cases with facultative reinsurance cover had a 9.7 point negative impact on this indicator: restated for this impact, the gross loss ratio for 4Q-2017 was 40.6%. Since the cession rate associated with these cases is high, they have a limited impact on the net loss ratio.
The loss ratio net of reinsurance, at 51.4% in 2017, is lower by 14.1 points than in the previous year. This stood at 41.8% in Q4-2017, a very good level despite some large cases. The general economic environment is more favourable, which translates into a lower average cost per claim and an improved recovery rate on losses from previous years.
(ii)    Cost ratio
Coface continues to pursue its operational efficiency programme. Savings achieved in 2017 amount to €19m, ahead of plan. These savings more than offset the €16m investments made during the year. Internal costs have evolved mainly as a result of inflation and a non-recurring fiscal charge (in Italy) of €6m recorded in Q2-2017.
The Group’s cost ratio net of reinsurance was 35.2% in 2017, stable compared to 2016 (35.1% at constant scope7).

At 31st December 2017, equity (group share) increased by €47.4m (or +2,7%) to reach €1 802.6m (1 755,2 M€ at 31st December 2016). This increase is mainly due to positive net income of €82.3m, the shareholder distribution of €20.4m for the 2016 fiscal year and variation in currency translation reserves.
Return on average tangible equity (RoATE) was 5.3% at 31 December 2017, mainly as a result of the improved technical result.
Calculated according to the standard formula in force in the framework of Solvency II, Coface’s estimated solvency ratio stood at ~166%[5].
This level is slightly above the target range of the Group. In line with its approach to capital management, Coface activates the capital management lever provided for in itsFit to Winplan, launching share buyback for a targeted total amount of €30m. The Group intends to cancel the shares bought under this operation. Accordingly, the capital return to shareholders would, under condition of full execution of the share buyback operation, reach 100% of 2017 earnings.

In 2018, the economic environment in which Coface operates should remain favourable, with world growth forecast at 3.2% (Coface estimate). In this context, the Group expects the favourable trends observed in 2017 to continue in 2018, particularly in the first half of the year. This supports a high level of competition on price, making it all the more necessary to improve the quality of the Group’s client service, an important differentiating factor.
Coface will continue to implementFit to Winwith the same determination as in 2017. The modernisation of the Group’s culture and involvement of its teams around the new values embedded in its strategic plan (client focus, expertise, collaboration, courage & accountability), will be key in the success of the plan.
The Group has already achieved €19m cost savings, ahead of plan, and maintains its objective of €30million savings in 2018. The Group intends to invest €19m in long-term value creation: initiatives to boost commercial activity and improve client service, digital transformation, and relaunching of works aiming at developing a partial internal model for the calculation of its required solvency level.
The Group maintains its objective to deliver a net combined ratio of around 83% through the cycle.